from CELTIC CROSSROADS – THE UNCHARTED PATH

Doug Cameron is one of the leading names in modern violin playing worldwide.
He has released several albums showcasing his personal jazz/pop repertoire backed up by the most important names in contemporary jazz like Lee Ritenour, Russ Ferrante of Yellowjackets, Jerry Hey, Vinnie Colaiuta and Harvey Mason of Fourplay.

In February of 2001, Cameron released a new record entitled “Celtic Crossroads – The Uncharted Path.” On that album the virtuoso violinist took his trademark jazzy sounds and mixed them with the most typical Celtic atmospheres. He performed interesting renditions of traditional Irish classics and material like Enya’s “Book Of Days,” Loreena McKennitt’s “The Mummer’s Dance” plus effective medleys from “Lord Of The Dance” and “Riverdance.” Cameron also included international pop hits like Celine Dion’s “My Heart Will Go On,” Andrea Bocelli’s “Time To Say Goodbye” and The Corrs’ “Runaway” that, even though well performed, are a bit too predictable. On the other hand there are a few originals written by the violin player that present elements of interest like the enthralling rhythms of two numbers, “Dublin Groove” and “Havana Reel” that fuse perfectly Cameron’s jazz roots with the traditional Celtic’s instrumentations. Another new track is entitled “John Jr.” and it’s a moving tribute to the late John Kennedy Jr. beautifully produced by special guest, David Foster. It’s a bittersweet instrumental perfectly crafted by Foster who also accompanies Cameron on piano. The song’s evocative atmosphere and the superior playing of Cameron and Foster make it one of the highlights of “Celtic Crossroads – The Uncharted Path.” Another highlight is, in our opinion, a hip-hop version of “Reel Around The Sun” from “Riverdance” that works extremely well with its interplay between violin, sax and strings on a danceable beat. Other guests appearing on the album are session aces Michael Thompson, Will Lee, Gregg Bissonette, Mike Miller, Mitchel Forman and the Jerry Hey horns. 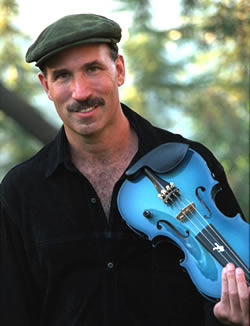