The late Paul Jabara was a talented singer, songwriter and actor who wrote or co-wrote, in the second half of the seventies, timeless disco hits like “Last Dance” for Donna Summer, “Main Event/Fight” for Barbra Streisand, “No More Tears (Enough Is Enough)” for Summer and Streisand and “(It’s) Raining Men” for The Weather Girls.

On the heels of his success as songwriter, Jabara, released three solo albums for Casablanca Records including “Keeping Time.” Released in 1978, that album was a good disco/pop collection produced by Bob Esty. Among the most interesting moments are a slowed-down version of Jabara’s Academy Award winning song, “Last Dance,” an up-tempo goodie entitled “Trapped In A Stairway” that was included in the soundtrack of the movie “Thank God It’s Friday” and a disco anthem entitled “Pleasure Island” that was the main single off the album. There’s also a beautiful ballad that Jabara co-wrote with Jay Asher entitled “Something’s Missing (In My Life).” That song was perfectly arranged by Esty and presented an incredible line-up of top notch musicians with David Foster on keyboards, Steve Lukather and Jay Graydon on guitars but also studio greats David Hungate on bass and Ed Greene on drums. “Something’s Missing (In My Life)” resurfaced years later with Summer on lead vocals and that version can be found on Jabara’s 1989 cd “Greatest Hits And Misses.” The song’s appeal must have been clear to Karen Carpenter who recorded it in 1979 for her solo album though it didn’t make the final cut while it became a big hit in Australia later on for singer Marcia Hines. Jabara’s “Keeping Time” is a valid  testament of the disco era with its light atmospheres but also solid songwriting and impeccable instrumental performances. It remains to be said that Foster also played keyboards on “Pleasure Island” and the up-tempo opener, “Didn’t The Time Go Fast.” 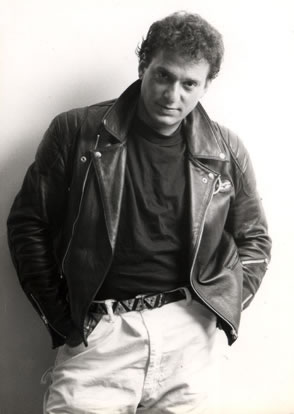 5:52 am..
I’m awake
and thinkin ’bout my life
5:53
I can see
I won’t sleep a wink tonight
6 am,
where’s my pen?
I might as well get up and write a song
And try to work out
why when everything seems right,
why do I feel so alone?

Got my house,
got my fancy car,
everything’s going like I planned so far,
But something’s not there,
that should be there
I gotta find it somewhere,

Since the day you left my side,
I’ve torn myself apart
and I still can’t decide,
Is it you I need
or did you really hurt my pride?

You’re what’s missing in my life,
aww come and be
right where I need you to be…..