from MADE IN AMERICA

Lisa Fischer is a very talented American R&B singer/songwriter and one of the most request session vocalists of the past 20 years. She has toured extensively with some remarkable talent like the late Luther Vandross, The Rolling Stones and Tina Turner.Fischer’s first claim to fame was with her 1991 debut album entitled “So Intense” that featured her #1 R&B hit, “How Can I Ease The Pain.” That song also gave Fischer a Grammy Award as “Best Female R&B Performance.” This success lead to Fischer’s participation on the soundtrack of the 1993 blockbuster, “Made In America” with Whoopi Goldberg and Ted Danson. That soundtrack included new songs from people like Gloria Estefan and DJ Jazzy Jeff & The Fresh Prince as well as classics like Deep Purple’s “Smoke On The Water.” Fischer’s contribution was an intense power ballad entitled “Colors Of Love.” This great song was co-written by three heavyweights, James Ingram, Bruce Roberts and Carole Bayer Sager, and it was produced and arranged by David Foster. Foster obviously knew how to perfectly craft the musical background plus get a fantastic performance from Fischer’s outstanding instrument. The singer’s soaring voice is truly noteworthy and Foster’s overall production is absolutely impeccable. “Colors Of Love” was released as a single and reached #18 on the R&B charts. It was also an Adult Contemporary Top Thirty hit. 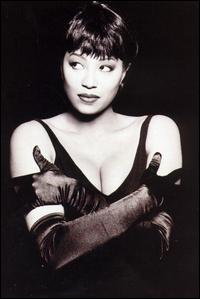