from I DREAMED A DREAM (single)

“I Dreamed A Dream” is a classic tune from the smash hit musical, “Les Miserables.” In 1987, after being a huge hit all over Europe, “Les Miserable” was premiered on Broadway again with big success. That same year American superstar, Neil Diamond released it on his “Hot August Night 2” live album as well as on a studio recorded single that at the end of the year reached #13 on the Adult Contemporary chart.

The song was produced and arranged by David Foster in his typical style of the era with an effective use of keyboards and lush orchestral work to support the singer’s intense vocal performance. It is interesting to note that Diamond’s version presents a little lyrical alteration in the last line to give it a more positive meaning, he sings “but life can’t kill the dream I dreamed” while the original lyrics were “now life has killed the dream I dreamed.”

Other singers who have sung this modern evergreen are Michael Crawford, Aretha Franklin, Elaine Page and recently Susan Boyle who recorded it in 2009 as the title track of her multi-platinum debut album. After “I Dreamed A Dream” Foster and Diamond kept their collaboration going with the release, a year later, of the album “The Best Years Of Our Lives.” 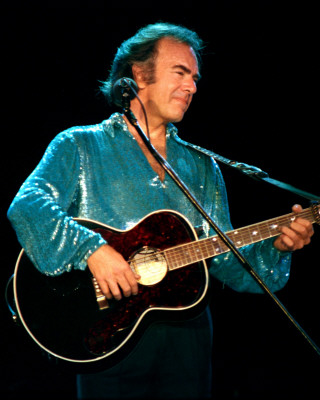 When I was young and unafraid
When dreams were made
And used and wasted
There was no ransom to be paid
No song unsung, no wine un-tasted

But the tigers come at night
With their voices soft as thunder
And they tear your hope apart
As they turn your dream to shame….