from THE MAIN REFRAIN

Wendy Waldman is a talented American singer/songwriter. In the late sixties she started out as member of the group Bryndle that included in its line-up other famous names like Andrew Gold, Kenny Edwards and Karla Bonoff.

In the seventies, after the band’s break-up, Waldman released several critically acclaimed albums. Her music style was in the same wavelength as superstars Joni Michell and Carole King with jazz-influenced melodies, superior instrumental back-up and smart lyrics. In 1976, Waldman released her fourth album entitled “The Main Refrain.” It was another interesting release with fantastic songwriting and gorgeous vocal performances by the singer. “The Main Refrain” presented guests like Linda Ronstadt, Taj Mahal, former Bryndle members Gold and Bonoff plus sessions greats Steve Cropper, Chuck Findley, Jim Horn and David Foster. The young Canadian keyboardist appears on three tracks, “Westcoast Blues,” “Goodbye Summerwind” and “Back By Fall.” The first two are refined, mid-tempos with tight musicianship and elegant vocal harmonies. Not only the highlight of this record, “Back By Fall” is a gorgeous, jazz-tinged ballad that sports an intense vocal by the singer beautifully supported by Foster’s piano and Victor Feldman’s vibes. This wonderful song was later covered by blues/rock singer Maria Muldaur on her album “Sweet Harmony.” This song and the whole “Main Refrain” album really deserved better commercial luck. “Back By Fall” was also included on Waldman’s 1996 collection entitled “Love Is The Only Goal: The Best Of Wendy Waldman.” If you love the jazz-inflected pop sounds of the seventies, we suggest you check it out because it really makes for a pleasant listen.

Waldman would later became a prominent songwriter co-writing big hits for Vanessa Williams like “Save The Best For Last” and “The Sweetest Days.” She also wrote songs for many other top acts like Reba McEntire, Randy Travis, Kim Carnes, Judy Collins and Bette Midler. 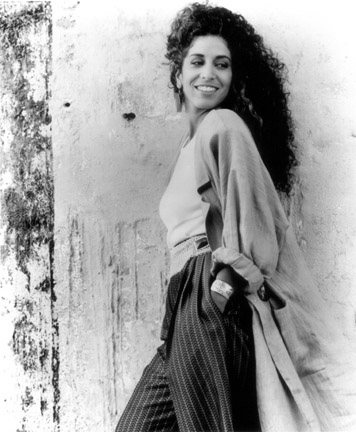 No food for the children
Oh, the times are so bad
Whatever happened to giving

Don’t look back, don’t think about it
Just think about the road beneath your feet
Remember the gift that must be given