Between the Seventies and the early Eighties there was a number of talented West Coast Pop/Rock bands that never made it big though their catchy material and talents were definately above the par.

Among these criminally underrated groups were Pages who eventually became very successful as Mr. Mister, Nielsen/Pearson, Maxus and Sneaker.  For example, Sneaker will be remembered as a one hit wonder, but there’s a lot more to discover inside their two records.

Sneaker’s 1981 self-titled debut was produced by Jeff “Skunk” Baxter of Steely Dan and Doobie Brothers fame. Those two supergroups are clearly among Sneaker’s main influences. The band’s style was a refined Pop/Rock with catchy melodies and superior soloing. “Sneaker” spawned the band’s only Top 40 single, “More Than Just The Two Of Us,” a delicate ballad sung by Michael Carey Schneider. “More Than Just The Two Of Us” reached #34 on the Charts in 1982, but it doesn’t give a complete idea of the band’s great musicianship. Just listen to the wonderful vocals and magnificent guitar work on their take of Steely Dan’s classic “Don’t Let Me In” or the jazzy and smooth “No More Lonely Days” to fully appreciate their talent. Another highlight of “Sneaker” was a Doobie Brothers’ influenced, mid-tempo ballad entitled, “Jaymes.” The song’s ear candy refrain and soulful vocal performance by Mitch Crane were tailor made for radio play and  it’s a real mystery why it wasn’t released as a single. A bit of trivia is that this song was written for David Foster’s sister Jaymes and Foster himself appeared on clavinet while Lon Price played the fabulous sax solo.

Sneaker’s follow-up, “Loose In The World,” was released in 1982. Again, it was produced by Jeff Baxter and is another delightful musical work. 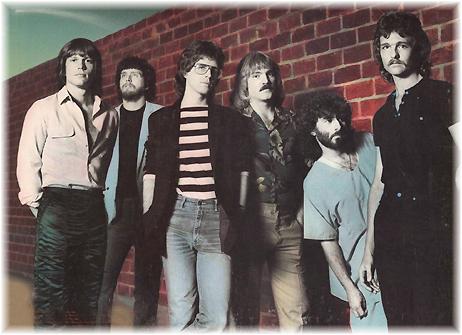