In the early seventies Nigel Olsson became one of the world’s best known drummer for his connection with Elton John. In 1975 the UK superstar decided to change his rhythm section and consequently Olsson and Dee Murray were replaced by Roger Pope and Kenny Passatelli.

At the same time the talented drummer, who was also a very good singer/songwriter, began to work on a solo album that was released that same year for John’s Rocket Record Company. The self-titled release, produced by Robert Appere, was a pop collection clearly influenced by the ear candy sounds of his former boss. “Nigel Olsson” included very well picked covers like “Only One Woman,” an orchestral ballad written by The Bee Gees that had Elton John playing piano, was produced by Gus Dudgeon and released as a single in 1974. Another standout track is “Get It Up For Love” by Ned Doheny that’s presented in a spirited latin-tinged version with guest vocals by Brian & Brenda Russell. Among the original songs are two ballads, “Can’t You See” and “Girl, We Got To Keep On.” Co-written by Olsson with his then-girlfriend, Jozy Pollock and David Foster. Both songs have sweet melodies, rich strings and vocals plus superior keyboard playing by the young, up’n’coming Foster. Foster also co-wrote with Olsson and Pollock another single off the album, the breezy up-tempo “Something Lacking In Me.” This is another highlight of “Nigel Olsson” with an irrestible beat, beautiful string arrangement by Gene Page, great sax work by Jim Horn and smooth vocal harmonies. Again the echoes of Elton John are strong on this danceable number. Foster played on all but one track on the album and among the other session aces apperaring are Steve Cropper and Dean Parks on guitar, Lee Sklar on bass, Russ Kunkel and Ray Cooper on percussions plus vocal cameos by Neil Sedaka and Donny Gerrard. 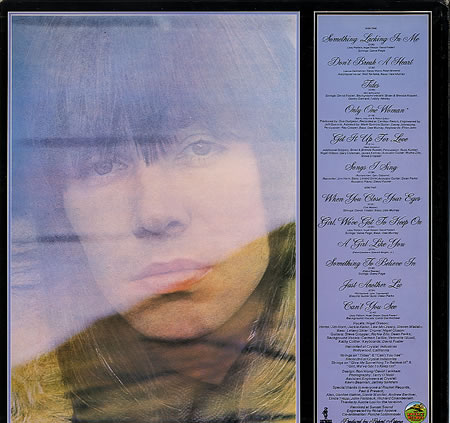