From SOUNDS OF THE SEASON

For the 2005 Holiday season David Foster co-wrote a new song entitled “Gather Round” with Maurice White and Philip Bailey of Earth, Wind & Fire. It marked Foster’s first collaboration with the legendary R&B group in about 20 years.
The positively themed, up-tempo song was used on a Christmas campaign for Target stores. It was also included on a compilation album entitled “Sounds Of The Season: The NBC Holiday Collection.” That record showcased superstars like Michael Bublè, Rod Stewart, Rob Thomas and Goo Goo Dolls performing classic and new holiday-themed material. Earth, Wind & Fire’s tune musically belongs to their trademark R&B territory with a groovin’ arrangement, tight horns and superb vocals while lyrically it gives a positive message that’s perfect for the Christmas season. “Gather Round” also sports a catchy refrain that reminds the listener of EWF’s big hit “Sing A Song.” Philip Bailey handled the lead vocals showcasing his incredible vocal range from confident tenor to soaring falsetto. Another plus is Foster’s fantastic work on the Wurlitzer piano that gives the song a strong vintage feeling. “Gather Round” brings back reminiscences of Foster/White gems like “In The Stone” and “And Love Goes On.” It is clear evidence that the magic of those fantastic collaborations is still intact. 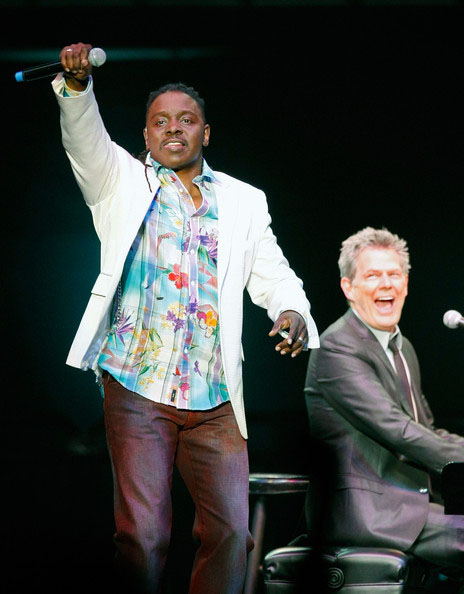