Tevin Campbell’s music career developed under Quincy Jones’ protective wing. When he was only 12 years old, the singer appeared on Jones’ “Back To The Block” album singing the #1 Billboard R&B/Hip-Hop Singles hit “Tomorrow (A Better You Better Me).”

The singer’s subsequent career was always overseen by Jones who was executive producer on all four of his albums. Through the nineties his records spawned hits like “Round And Round,” “Can We Talk” and “I’m Ready.” In 1999 Campbell released a self-titled album that had strong commercial appeal with an all star line-up of producers like Wyclef Jean, Daryl Simmons and Narada Michael Walden. The album showcases the young singer’s voice on good songs like “Never Again” that Campbell co-wrote with Jean, and the elegant “Another Way” that opens the album. One of the best moments is the Simmons’ produced ballad “Everything You Are.”  Co-written by David Foster, this song was performed as a duet with R&B singer Coko of Sisters With Voices (SWV) fame.

“Everything You Are” has an interesting history. It was originally written to be part of a new project that Foster was developing in the mid-nineties with some of his favourite studio singers like the late Warren Wiebe and Nita Whitaker. The project was called “New Millennium” and in Foster’s vision was a modern version of the Fifth Dimension. The other talented vocalists of the group were Suzette Charles, Will Wheaton and Joey Diggs. A whole album was recorded in a Pop/R&B style but, unfortunately, it was shelved by the record company and remains probably the most wanted item for Foster fans. The only song to resurface from those sessions was Campbell’s take of “Everything You Are.” The arrangement and vocals are faithful to the original while Simmons’ production is along the lines of the R&B trends of the nineties. 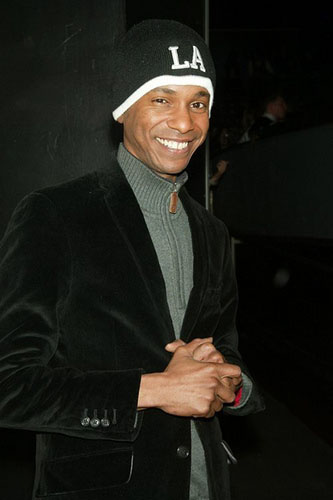