In the late seventies, Nigel Olsson, the rhythmic force in Elton John‘s touring band, established himself as a solo artist. Olsson’s records had decent sales and even spawned a couple of Top 40 hits like “A Little Bit Of Soap” and “Dancing Shoes.”

The singer/drummer released a new album in 1980 entitled “Changing Tides.” It’s another pleasant collection of catchy pop songs especially tailored for the American market. Written by extremely talented singers/songwriters including Tony Sciuto, Robbie Patton and John Ford Coley, the music follows the lines of light pop masters like Leo Sayer with an obvious Elton John influence. The album also includes a very good cover of Airplay’s ballad “Should We Carry On.”

David Foster already appeared on Olsson’s previous albums as a musician and co-writer. “Should We Carry On” is a gorgeous tune co-written by Foster, Jay Graydon and Foster’s then wife, B.J. Cook. This timeless ballad has a very special meaning for fans because it brought to life the Airplay project. Olsson’s version is pretty good and faithful to the original. The singer’s performance on this tune and throughout the record is convincing and is supported by pros like Russell Ferrante of Yellowjackets fame on keyboards, guitarist Richie Zito and Elton John who made a special appearance playing piano on the up-tempo goodie “Showdown.” The remainder of the album is split between up-tempos and sweet ballads always with good vocals and superior musicianship. 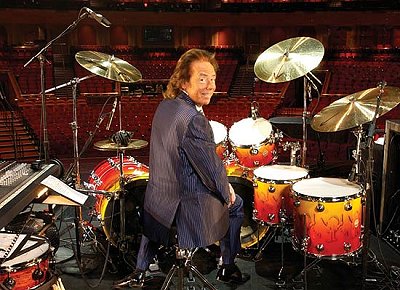