Glen Campbell is a true legend of country music. During the course of his long career, his smooth mix of country and pop brought the singer a stunning number of hit singles and albums on Billboard’s charts. The list of his classics includes evergreens like “Wichita Lineman,” “Southern Nights,” “Galveston,” “Try A Little Kindness” and “Rhinestone Cowboy.”

In 1980, Campbell was asked to sing the title track for the Clint Eastwood movie, “Any Which Way You Can.” The song, produced by Snuff Garrett, is a country/pop ballad with a sweet melody and memorable refrain. Glen Campbell’s beautiful performance was backed by David Foster’s trademark acoustic piano. “Any Which Way You Can” became a top ten country single. Its parent album presented more interesting songs mostly co-written by famous songwriter Steve Dorff with Garrett. Among them is a duet between Ray Charles and Eastwood entitled “Beers To You” and “Whiskey Heaven” sung by Fats Domino. The “Any Which Way You Can” soundtrack reached #5 on Billboard’s top country albums chart. The title song was also included in Campbell’s 1981 album, “It’s The World Gone Crazy,” another nice collection of pop songs with strong country overtones. 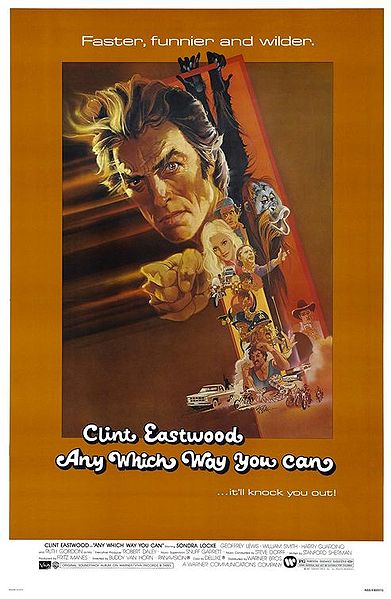