In 1977, the group Attitudes prepared its sophomore effort eventually entitled “Good News.” This new record by session masters David Foster, Jim Keltner, Danny Kortchmar and Paul Stallworth was again released on George Harrison’s Dark Horse label. “Good News,” produced by Jay Lewis with the band, is pretty superior to their 1976 self titled debut with richer musical textures and better funky/pop compositions. Notable guests like Jay Graydon, Ringo Starr, Booker T. Jones and the smoking Tower Of Power horns added their tasty sounds to the final recipe. There are several good songs on “Good News” like the reggae influenced “Drink My Water,” written by Brian and Brenda Russell and the funky, energetic title track. “Sweet Summer Music” is a breezy number that was released as a single and became a minor hit on Billboard’s Hot 100. Another winner on “Good News” is the elegant ballad, “Change.” Graydon’s guitar and Foster’s keys enrich the track that showcases Stallworth’s smooth singing. “Change,” also written by the band’s bass player, presents the elegant musical seeds of what will soon became the trademark Airplay sound. “Good News” makes for a very interesting listening experience for fans who want to enjoy Foster’s impressive developing talents and the great musicianship of this band. 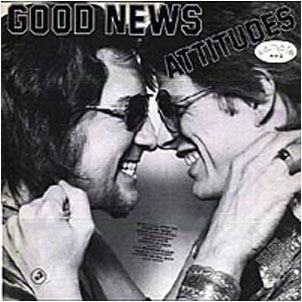