From THE KEANE BROTHERS
Written by Tom Keane

In the seventies, the Keane Brothers were Tom and John Keane, two teen stars with their own national TV show. In 1976, when 12-year-old Tom and 10-year-old John were gaining good popularity, they released a self-titled debut album produced by an up-n-coming powerhouse named David Foster. The album showed clear evidence of the brother’s superior talent as singers, writers and musicians. Under Foster’s brilliant guidance, the results were a lot more solid and sophisticated musically than other teen stars of the era.

Foster helmed this album right after Jaye P. Morgan’s record and employed the same stellar session guys for both productions. Frequent Foster collaborators like Jay Graydon, Bill Champlin, as well as Mike and Jeff Porcaro added their talents to “The Keane Brothers.” The style of the record is basically good, polished pop music with a few of the tracks having some r&b and rock overtones. “Sherry” was the single that anticipated the release of the album. Written by Dawyne Ford, this breezy, up-tempo melody was a Billboard Hot 100 minor hit. The rest of the album was entirely written by Tom Keane with a couple of moments co-written with B.J. Cook.

A large part of “The Keane Brothers” is quite interesting for Foster fans. There’s the r&b groove of “Ugly Girl” with a strong, gritty vocal by Tom Keane and the sweet ballad, “Goodbye Summer,” that also has delicious work on the sax by Lennie Pickett. Another tune with sophisticated pop sounds was “Amy (Show The World You’re There).” This song has an ear candy refrain and was dedicated to the daughter of the former U.S. President Jimmy Carter by the two young stars.

The Keane Brothers went on to publish another good album in 1979. In the early eighties they formed a new band, Keane, which sounded like a younger version of Toto. In the years that followed, both brothers built respected careers in the music field as players, composer and producers. 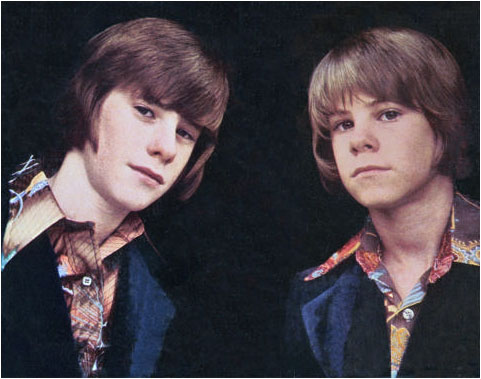