From HOY-HOY!
Written by Lowell George

Little Feat are among the best American rock bands ever. They started recording in the early seventies and their unique mix of blues, R&B, rock with sophisticated arrangements and smart lyrics won them a huge following that lasts to this day. The band was founded by late guitarist/composer/singer Lowell George and pianist/composer Billy Payne. George was a former member of Frank Zappa’s Mothers of Invention as was Roy Estrada, Little Feat’s original bass player.After a strong run of successful albums, the end to the first incarnation of the band coincided with George’s premature death in 1979. They reformed at the end of the eighties and are still going strong today with sell out concerts and solid albums.

In 1981, Warner Brothers released “Hoy Hoy!,” a double album that included cool live numbers, alternate versions of earlier of songs as well as a few previously unreleased tracks. Some of the more interesting songs included are “Gringo,” a powerful jam written by Payne that features guest artists David Sanborn on sax and the late Nicolette Larson on vocals, a rousing live version of “Red Streamliner” with guests Pat Simmons and Michael McDonald of the Doobie Brothers on backing vocals, and the bluesy, gospel tinged “China White,” written and sung by George.

“China White” came from the sessions for George’s 1979 solo album, “Thanks I’ll Eat It Here.” David Foster was included among a long list of talented players involved with “Thanks I’ll Eat It Here.” Foster also appears on “China White,” providing the clever piano accompaniment together with Jim Keltner on drums and Fred Tackett, another future member of Little Feat, on guitar. “China White” is a good example of George’s immense talent.

We suggest you to take a listen to Little Feat’s masterpieces like “Feats Don’t Fail Me Now,” “Time Loves a Hero,” or their live album “Waiting for Columbus.” All are filled with great music and quality music lovers will really enjoy them. 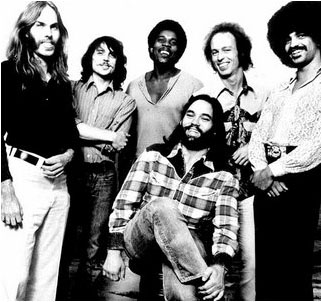 I said blow away, blow away
This cruel reality
And keep me from its storm
Suspicion has crept in, and ruined my life
I’m messed up, and hassled, and worn

So cast away, cast away
From this ball full of pain
For it sinks beneath the waves

Some sweet Maureen has robbed me blind