Mike Reno was the lead singer of the popular Canadian rock band, Loverboy. Their melodic rock brought them great success in the eighties with hits like “Lovin’ Every Minute Of It,” “This Could Be The Night” and “Heaven In Your Eyes.” Reno also had a tremendous solo hit with “Almost Paradise,” a duet with Ann Wilson of Heart from the “Footloose” soundtrack. By the end of the 80s Loverboy had disbanded. A few years later Reno started working on a solo album with producer Mark Spiro. Unfortunately, their collaboration never saw the light of day until 2004 when the singer made the album available through his website. “Renovation” included a some solid AOR ballads and up-tempo songs performed with Reno’s typical style and strong echoes of his former band. Included on the album was a special bonus track entitled “All I Ever Needed Was You,” co-written by the singer and David Foster. The original version of this song was title “All I Ever Needed” and was released on Foster’s solo “River Of Love” in 1990. Foster’s version was a full band, powerful keyboard and guitar driven rock anthem with Reno’s masterful vocal performance on top. However, Reno’s raw track is just his tenor vocal with Foster’s beautiful accompaniment at the acoustic piano making this song one of the highlights of “Renovation.” Other good moments for AOR lovers are the rousing opener, “Affection,” and a couple of intense power ballads, “Still In Love” and “Take Me Back.” Reno is in top form vocally and confirms himself as one of the Rock’s best tenor voices. 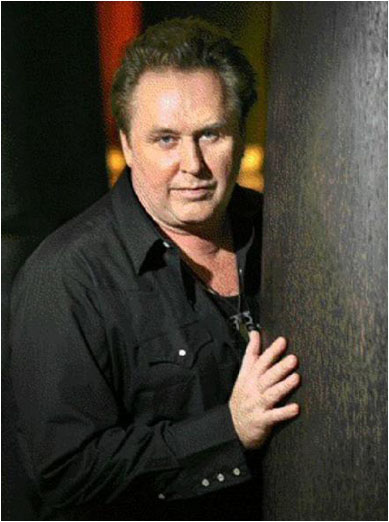 I found myself thinkin’ of you today
the way it used to be
when you were the only one
like a long lost friend
It never goes away
whatever you do
You’ll always be the only one.
It hit me without a warning
before I knew that you were gone
I saw my life before my eyes
and I knew that something’s wrong

Chorus:
All I ever really needed was you
like an answer to my prayer
you know you make my dreams come true
All I ever really needed
All I ever really neede was you
Sometimes it hurts so bad
it never goes away
not for a moment…oh no
and I know there comes a time
when you need to say you’re mine
you’ve got to hold on to it
we’ll get through it
it’s everything you got
It hit me without a warning
before I knew that you were gone
I found myself out looking for you
please don’t tell me I was wrong

Bridge:
My world goes around and around
and I don’t know what I’m gonna find
now it’s only a matter of time
and I can’t get you outta my mind.
And it hit me without a warning
for I knew that you were gone
I saw my life before my eyes
and I knew that something’s wrong.