Josh Groban’s 2001 self-titled debut cd was one of the most important albums of David Foster’s career. Like “Chicago 16,” “Unforgettable” or “The Bodyguard,” the four-time platinum release brought the Canadian super-producer back in the spotlight and started another amazing series of successes for him. In the spring of 2003, Foster and Groban returned to the studio to work on the singer’s sophomore record. The result of this new collaboration was “Closer,” released at the end of that year. Another multi-language affair, “Closer” was a reaffirmation of the perfect match between Groban’s amazing vocals skills and Foster’s splendidly orchestrated production machine. “Closer” spotlights the young star’s improved singing technique as he handles the material with total control and superior style.

The songs on “Closer” are a mix of classic covers like “Caruso” plus more risky covers like Linkin Park’s “My December.” Foster enlisted top musicians including Walter Afanasieff, Jeremy Lubbock and Mark Portmann to help out with the arrangements and orchestrations. Afanasieff also provided a wonderful original ballad, “Per Te,” co-written with Groban and lyricist Marco Marinangeli. Foster presented a newly written song as well, the up-tempo “All’Improvviso Amore” whose refrain echoes another Foster winner, “Winter Games.” Groban’s voice is powerful and his interpretation is very intense.

Another positive aspect of the project is the absolute confidence of the singer with the Italian language. Thanks to Marinangeli, his Italian pronunciation is perfect even on the most difficult songs like “Caruso.”

More goodies found on “Closer” are “My Confession,” a wonderful ballad written by Richard Page, and “Mi Mancherai,” a beautiful vocal rendition of Luis Bacalov’s theme from the movie “Il Postino,” artfully performed by Groban with the help of violin star Joshua Bell. On the special edition of the album there’s also a tender cover of Michael Jackson’s classic, “She’s Out Of My Life.”

Groban really shines throughout the album. With his artistic achievements and five millions albums sold, “Closer” is definitive proof that this young singer will stand the test of time. 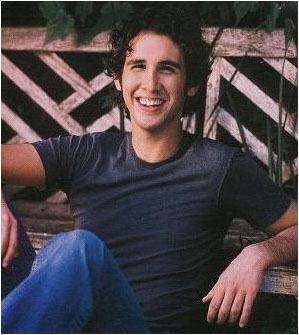