Angelo Arvonio, known professionally as Angelo, was a talented singer/songwriter connected to the band Chicago. In the second half of the seventies he released a couple of good, though not commercially successful, albums. Both records were solid pop/rock efforts that included several Chicago members like Lee Loughnane, Danny Seraphine and Laudir de Oliveira. Musically, Angelo followed the footsteps of successful acts like The Doobie Brothers and James Taylor. After releasing his self-titled collection in 1976, Angelo came back in 1978 with his sophomore album entitled “Midnight Prowl.” This record had a few very good originals like the up-tempo “Changing Man,” containing echoes of Boz Scaggs’ deluxe pop, and the refined ballad “As I See You Now,” both beautifully arranged and played by David Foster. There are also some nice covers including Billy Joel’s powerful “Miami 2017 (Seen The Lights Go Out On Broadway),” John Fogerty’s “Have You Seen The Rain” and the delicate “We’re Over” written by Barry Mann and Cynthia Weil. “Midnight Prowl” is also memorable cause it marked the first session that Bill Champlin and Peter Cetera performed together. As Champlin stated, their voices blended instantly and showed the magic that would make history on the Chicago hits of the eighties. The songs showcase Angelo’s fine vocal chops as well as great musical performances by memorable names like Lee Ritenour on guitar, David Hungate on bass, Harvey Mason on drums and Foster on keyboards.

In the following years, Angelo continued to write songs including “Where Did The Loving Go” for Chicago and “If Only I’d Known It” for the band Dakota under Danny Seraphine’s production. 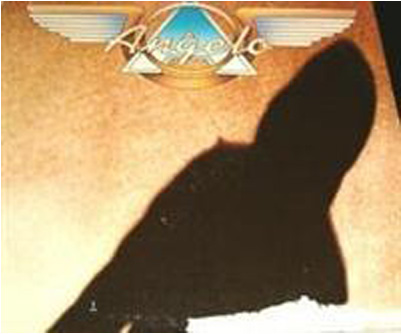