From WITHIN
Written by David Foster & William Joseph

At the dawn of the new millennium, David Foster started developing new talents for his 143 Records label. He achieved immediate success with Michael Bublè and Josh Groban. Both of these amazing artists reached the top of the charts worldwide with their Foster-produced efforts. On the heels of these triumphs, the Canadian music-maker added another couple of names to the roster, singer extraordinaire Renee Olstead and William Joseph, a young, brilliant, classically trained pianist. Joseph’s 2004 debut for the 143 Records label was entitled “Within.” This pop instrumental album is rich in classical overtones. It presents the young, but skilled, piano virtuoso to the same mainstream audiences that had embraced Josh Groban a few years before. “Within” was perfectly produced by Foster in the same vein of some of his best instrumental work of the eighties like “Winter Games,” “Love Theme From St. Elmo’s Fire” and the classically inspired “The Symphony Sessions.” The album is also rich of Josh Groban reminders that are made even stronger by the presence of frequent Groban collaborators like Lucia Micarelli on violin and songwriter Marco Marinangeli, who is responsible for the haunting melody of “Se Si Perde Un Amore.” “Within” also offers a few strong originals written by Joseph including “Piano Fantasy,” a perfect vehicle for Joseph’s masterful playing. A couple of pieces, “Stella’s Theme” and “Grace,” are co-written with Foster and are amazing triumphs of passion and emotion. “Within” also includes very good updates of classical pieces by Chopin and Bach as well as powerful covers of two rock anthems; Kansas’ “Dust in the Wind” with special guest Garou on lead vocal and Led Zeppelin’s “Kashmir.” Joseph’s piano is always in the spotlight supported by beautiful orchestral work and creative arrangements courtesy of Foster and his partners, Jochem Van der Saag and Chris Boardman. 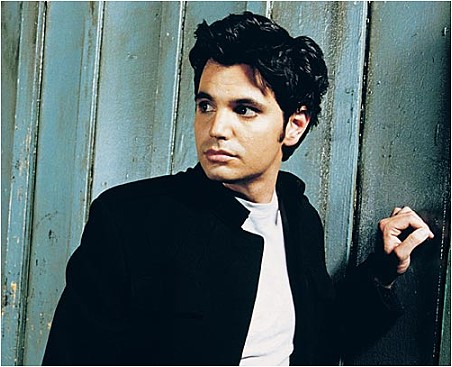