From A CIRCLE FILLED WITH LOVE
Written by Bill Champlin

Released in 1976, “A Circle Filled With Love” was the best shot to wider popularity the Sons Of Champlin had in their career. This band, lead by the legendary singer/songwriter/multi-instrumentalist Bill Champlin, was always considered one of the best in terms of pure talent to come out of the San Francisco area. However, they never achieved the success they deserved for the quality of their work.

For “A Circle Filled With Love” the band teamed up with super producer Keith Olsen who was responsible for musical milestones like Fleetwood Mac’s “Rumors.” Bill Champlin wrote some great tunes for the album that are brilliantly performed by the band. There are powerful rockers like “Hold On,” the first single off the album, and “Follow Your Heart” that showcase the Sons’ tight musicianship. There’s also the right amount of rich, soulful ballads like “Here Is Where Your Love Belongs,” “Helping Hand” and the amazing “You” beautifully performed by Champlin with superior class and style. “Here Is Where Your Love Belongs” was covered later by The Pointer Sisters, Maria Muldaur and Jaye P. Morgan.

Olsen enlisted a young, up and coming David Foster to do some work on the album. This was the first encounter between Foster and Champlin beginning a close friendship and a long list of successful collaborations. Foster did a great job with his clever strings arrangements and also played the electric piano on “Helping Hand.”

“A Circle Filled With Love” has many other great tunes including the acoustic ballad “To The Sea,” the breezy, up-tempo “Imagination’s Sake,” plus a nasty cover of The Commodores “Slippery When It’s Wet.” This wonderful band is still around today and has just recently released a great new record entitled “Hip Li’l Dreams.” We encourage you to check it out. If you can, be sure to catch them in concert. They always put on an amazing show. 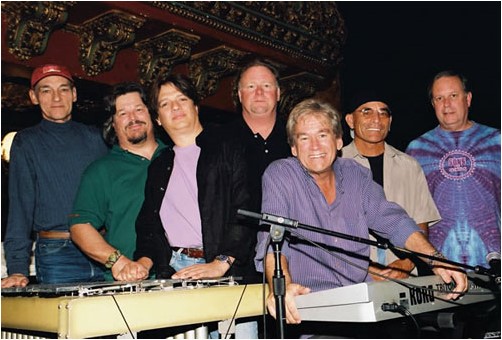