From I AM LOVE/HEARTSTRINGS (single)
Written by David Foster, Maurice White & Allee Willis

The recent hit movie version of the famous Broadway musical “Dreamgirls” brought an Academy Award as Best Supporting Actress to newcomer Jennifer Hudson for her role as Effie. Hudson rightfully thanked the original Effie, Tony Award winner Jennifer Holliday, who provided the inspiration for her performance. Holliday truly defined the role of Effie during her tenure during the first years of the musical in the early eighties. Her rendition of “And I Am Telling You I’m Not Going” is one of Broadway’s greatest showstoppers ever.
In 1982, David Foster was asked to produce the original cast album for “Dreamgirls.” The result was a successful gold release that won two Grammys as “Best Musical Show Album” and “Best Female R&B Performance.” It also brought Holliday two important hits with her signature songs “And I Am Telling You I’m Not Going” and “I’m Changing.”
One year later, the gifted singer released her first solo album entitled “Feel My Soul,” produced by Maurice White of Earth, Wind & Fire. White enlisted his usual group of collaborators including David Foster. Foster worked on “I Am Love,” the gorgeous, moving ballad co-written with White and lyricist Allee Willis that scored big on the charts, and the up-tempo “My Sweet Delight.” Another delicious Foster/White/Willis composition, “Heartstrings,” didn’t appear on “Feel My Soul.” However, it was rescued as the b-side of the “I Am Love” single. It is a funky/soul tune with an irresistible beat, smoking horns and another top notch vocal by Holliday. The refined arrangement obviously echoes some of Maurice White’s best up-tempo creations for EW&F or The Emotions. 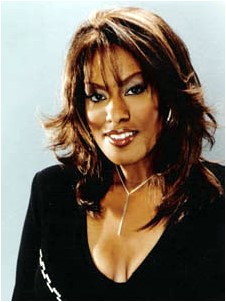