At the end of 1978, right after the huge phenomenon of “Grease,” Olivia Newton-John released “Totally Hot.” It was another step in Newton-John’s transition from country/pop girl next door to worldwide superstar. “Totally Hot” was a platinum seller and a top ten pop and country hit. This varied and highly entertaining pop collection also included a couple of hit singles; the breezy, delicious #3 blockbuster “A Little More Love,” written by John Farrar who produced the entire album, and Tom Snow’s “Deeper Than The Night” that reached #11. “Totally Hot” also marks the first appearance by David Foster on an Olivia Newton-John record. Foster played his trademark electric piano on one track, “Talk To Me,” an up-tempo, horn-driven, sensual song written by the singer and produced by Farrar. Through the years, Foster and Newton-John have worked together many other times, from the soundtrack of the movie, “Two Of A Kind” to Newton-John’s 1998 comeback album, “Back With A Heart.” They also had a minor hit in 1986 with their duet “The Best Of Me” on Foster’s self-titled album. Ms. Newton-John also made a special appearance this past November at Foster’s last charity event held in Vancouver that also saw Andrea Bocelli, Paul Anka, Babyface and Michael Bublè in the all-star line-up. 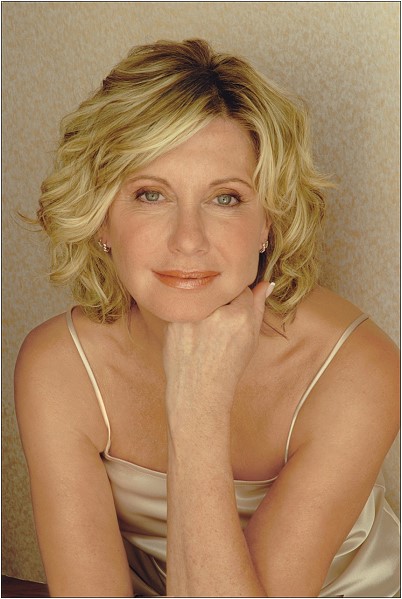 When you’re having those days when you’re feeling deserted
And everyone leaves you on hold
When none of your friends seem to care what you’re doing
And you’re feeling old, out in the cold
When the only thing left of romance is a memory
And your memory’s not strong
Whenever your clouds lose their silvery lining
Ill keep you warm, out of the storm

When you’re feeling the blues and there’s no one to lean on
When nobody makes you belong
You need to be safe in the arms of a someone
Who’ll make you strong, it wont take long
If you’re looking for someone that you can believe in
Let that someone be me
Cant think of a thing that some loving cant handle
Lets make a start, give me your heart