Roger Daltrey is an international music icon best known as the lead singer of the revolutionary UK rock group, The Who. He has fronted The Who for more than 40 years, singing immortal rock anthems like “My Generation,” “I Can See For Miles,” “I’m Free” and “Won’t Get Fooled Again.” He also had a prominent movie career starting in 1975 with his debut in “Tommy,” the famous rock opera written by band mate Pete Townsend and directed by Ken Russell. He went on to appear in several movies, TV shows and stage productions.
Daltrey had a good solo singing career, releasing eight albums between 1973 and 1996. In 1987, the singer was signed to Atlantic Records. He collaborated with David Foster on “The Price Of Love” that was included on Daltrey’s solo album, “Can’t Wait To See The Movie” and also on the successful soundtrack of “The Secret Of My Success.” “The Price Of Love” is a strong, up-tempo rocker co-written by Foster with Night Ranger’s singer/bassist Jack Blades. The song follows the footsteps of the best AOR sounds of the time, embellished by Daltrey’s unmistakable voice and Foster’s peerless studio expertise. Daltrey’s “Can’t Wait To See The Movie” is a good collection of solid pop/rock songs written by other famous AOR names like Russ Ballard, Chas Sanford, Tom Kelly and Richie Zito. 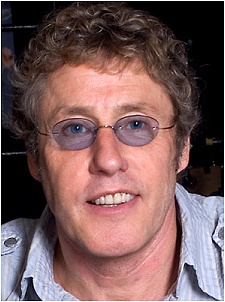 We run thru the day
And stare at the night
Is your head full of noises?
For me, Well, it’s just like
The fourth of July