“I miss Warren very, very much. To me, he was probably the greatest male singer I ever had the chance to work with. Céliné, Barbra, Natalie, they all fell in love with him and his talent. There was nothing he couldn`t do vocally. I wish I had done an album with him. Now I`ll never get the chance, but I will remember him forever.” These heartfelt words from David Foster explain his admiration for Warren Wiebe`s talent and the deep friendship that they shared. It`s already been eight years since the world lost Warren and we want to pay a little tribute to the magic he always created with David Foster. In 1994, Wiebe performed “Goodbye,” a beautiful composition by Foster and Linda Thompson for the soap opera “One Life To Live” soundtrack. This melancholy ballad showcases the perfect match of Foster`s art with Wiebe`s enchanting voice. The production is immaculate with Foster`s piano and keyboards gently accompanying the singer`s intense performance. The quality of “Goodbye” is also testified by the fact it was originally recorded in 1993 by Air Supply under Humberto Gatica`s production. Recently, there was a nice French version entitled “Just Adieux” by Audrey De Montigny. “One Life To Live – The Best Of Love” includes many other love songs sung by classic voices like Mike McDonald with his wife Amy Holland, Howard Hewett, Brenda Russell and Cliff Richard. Another Foster goodie on the album is “Teach Me How To Dream,” a tender ballad originally sung by Robin McCauley with David Foster and beautifully covered here by Chris Walker. 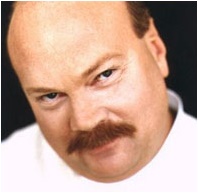 Chorus:
You would never ask me why
My heart is so disguised
I just can`t live a lie anymore
I would rather hurt myself
Than to ever make you cry
There`s nothing left to say but goodbye