From PRONE
Written by Ned Doheny

Ned Doheny’s name is mostly known for his successful songwriting partnership with Hamish Stuart of Average White Band on hits like “A Love Of Your Own” and “Whatcha Gonna Do For Me.” Doheny also has a string of unknown but absolutely delicious albums as a recording artist in the best quality pop vein. After his 1973 self-titled debut that was devoted to acoustic country/pop clearly influenced by his close friendship with members of the Eagles, Doheny moved in the personal, fresh direction of sophisticated pop. “Hard Candy” and “Prone” were both released in the second half of the seventies and are a mix of the trademark west coast harmonies of the Eagles and America with the soul/jazz moods of his friends in Average White Band. Doheny’s acoustic guitar is the foundation of the material, played in a style close to Bill Withers or Bobby Womack. The music includes rich arrangements and performances built with smooth rhythms, guitars, keyboards plus strings and powerful horns.
Released in 1978, “Prone” is probably the best album of his whole career. The funky opener, “To Prove My Love,” sets the mood of the album. This groovin’ track is a real winner based on smoking’ drums, bass and horns, synthesizer breaks played by David Foster, plus the fabulous Bonnie Raitt on backing vocals. Foster also leaves his mark on the breezy pop ditty, “Guess Who’s Looking For Love Again,” with his acoustic piano on the frontline to beautifully underline the Latin-tinged melody. Additionally, his keys are a prominent element on the soulful ballad, “The Devil In You,” together with a lush string arrangement by Jimmie Haskell. This great record includes many other gems like “Funky Love” and “Think Like A Lover.” It was produced by the legendary Steve Cropper and features a who’s who of top session players including Jeff Porcaro, Joey Carbone, Chuck Findley and Mike Baird. 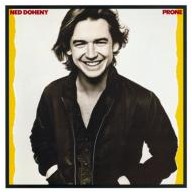