From THE PROMISE
Written by Lewis & Sillas

Plus One is a talented boy band who made their first steps thanks to David Foster. Foster took them under his wing, signed the group to his record label and produced a good portion of their debut album, “The Promise.” Their music and style were similar to famous acts like The Backstreet Boys and ‘N Sync, based on smooth vocal harmonies, ear-catching pop/dance melodies and high tech production. The main difference from their peers was the strong Christian influence in the lyrics that brought them massive success on the Contemporary Christian charts. “The Promise” skyrocketed to # 1 on that chart and was quickly certified gold. The record included the hit Contemporary Christian song “Written On My Heart.” Plus One also won the Gospel Music Association’s Dove Award as “2001 New Artist Of The Year.”
Foster worked on four good songs for this project. “Last Flight Out,” “My Friend” and the title track are all tender, inspirational ballads immaculately produced by Foster who does his usual great job bringing out the best performances from the singers. As always, he provided the most elegant, up-to-date background sounds to accompany the singers. Taking a slightly different path, “God Is In This Place,” has a delicious Latin flavor, a great upbeat rhythm and a wonderful interplay between the singers and acoustic guitar. After “The Promise” the group released a few more records. The most recent, “Exodus,” saw them reduced to a trio and changing their sound to more modern rock, very distant from the enjoyable pop stuff included in their debut. 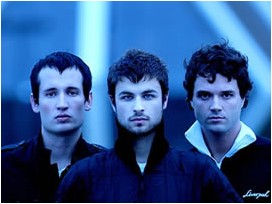