Michel Polnareff is a French composer/recording artist who’s a music icon in his homeland. During the course of his long career, Polnareff distinguished himself as being eclectic, multi-talented and eccentric, developing an original personal style. He tried many different music genres like rock, acoustic pop and disco. Around 1975, due to some personal and economic turmoil, the singer moved to the United States and started a prolific career as a movie composer. He released several soundtracks, the most famous from 1976’s “Lipstick,” a forgettable thriller with Margaux Hemingway, Chris Sarandon and Ann Bancroft. The theme became a winner, reaching the top of the disco charts. Although the music is a bit dated, it is still very enjoyable and an example of the best stuff from the disco era. Polnareff, along with collaborators David Foster and Jimmie Haskell, went for a classy approach, providing a highly sophisticated arrangement to the instrumental piece. Foster’s own clavinet and rhodes were in the spotlight surrounded by a refined set of strings and horns plus a groovin’ rhythm section.
After his success and a decade spent overseas, Polnareff has been living the last few years between France and the United States. He is still performing and working on new music. 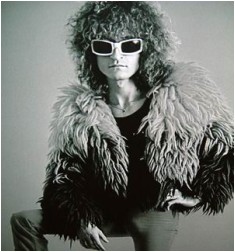