In the nineties, Natalie Cole released a string of good albums trying to follow the gigantic, trend-setting triumph of “Unforgettable.” Not only was “Unforgettable” #1 on the charts, it sold millions of copies and swept in several Grammys. Both “Take A Look” and the Christmas’ themed “Holly & Ivy” did fairly well. They reached gold status and brought the singer another Grammy. In 1996, Cole recorded her third set of standards entitled “Stardust.” David Foster, the architect behind “Unforgettable,” was back in the producer’s seat together with peers Phil Ramone and George Duke. He worked on four songs for this project including “When I Fall In Love,” another virtual duet between Natalie and her dad, Nat King Cole. The song was another success giving Foster and Cole Grammy Awards for “Best Instrumental Accompanying Vocals” and “Best Pop Collaboration With Vocals,” respectfully. A high moment of this collection is “To Whom It May Concern,” a lush ballad co-written by Nat King Cole and Charlotte Hawkins. It benefits from Foster’s pristine, state of the art production and a gorgeous arrangement by the legendary Johnny Mandel. Mandel built the perfect musical scenario for the superstar’s smooth, laid-back performance. “Stardust” was certified platinum and includes many other nice numbers embellished by guests like Wynton Marsalis, Toots Thielemans, Michael Brecker plus many top sidemen. Among them was the superior drumming of the late, great John Guerin. 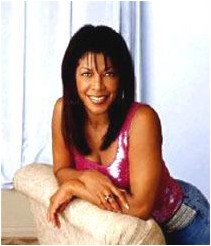 You tore my heart apart
When you found somebody new,
But you found out that your heart
Could be broken, too.

So to whom it may concern,
You’ve learned that heartache has no pride,
Pretending unconcerned wont stop the tears
You try to hide.

And when you’re all alone
With just a memory,
That’s when Ill bet you’ll learn
The one who’s most concerned is me.

And when you’re all alone
With just a memory,
That’s when Ill bet you’ll learn
The one who’s most concerned
…is me