Due to a solid collection of original songs, the blockbuster movie “Pretty Woman” had one of the most successful soundtracks of the nineties. Released in 1990, it was quickly certified multi-platinum with sales well over three millions copies in the USA alone. It produced several hit singles like Roxette’s “It Must Have Been Love,” Natalie Cole’s “Wild Women Do,” and Go West’s “King Of Wishful Thinking.” The album includes a few other great songs like the gorgeous “Fallen,” written and sung by Lauren Wood, and “No Explanation,” a superb ballad performed by former Chicago front man Peter Cetera, co-written and produced by David Foster. It was the first production that Foster did for Cetera after the singer’s break-up with Chicago. They co-wrote songs like the #1 hit, “Glory Of Love,” and “Save Me,” which was included on Cetera’s “One More Story.” However, “No Explanation” was the true full comeback of this great partnership. Foster, probably looking for fresh inspiration, co-wrote the song with Bill Labounty, a very sophisticated singer/songwriter who composed for Cetera’s previous record. The song echoes evergreens like “You’re The Inspiration” and “Hard To Say I’m Sorry,” only updated for the new decade. Foster arranged the song with a smart dose of acoustic and electric guitars, some keyboards, yet kept the spotlight on Cetera’s unique tenor voice. The singer’s beautiful harmonies fall perfectly on the musical scenario Foster provides for him.
Cetera will remain in music books as one of the most distinctive voices of our time. His collaborations with David Foster stand as some of the highest moments in pop music’s history. 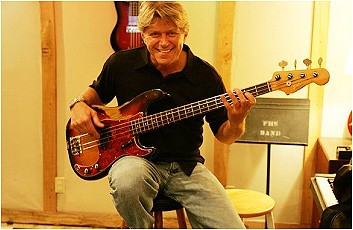 Tell me, how could it be I was the last to know
Darling, I couldn’t read what was in your mind
To turn around and love me

My mouth is still wet from our last kiss
Was loving me your one intention
What were the signs of the times I missed
I need you more than I could mention
I won’t, ever accept you leaving for someone else
When something is wrong, darling I need to know
Don’t ever leave me