Scottish songstress Sheena Easton was red-hot in the early eighties when she had a string of big hits like the theme of the James Bond movie, “For Your Eyes Only,” the David Foster produced duet with Kenny Rogers, “We’ve Got Tonight,” “Sugar Walls,” written and produced by Prince and “Telefone (Long Distance Love Affair),” produced by Greg Mathieson.Later on, as chart success faded, Easton started an acting career that brought her on the set of “Miami Vice” as well as appearing in several musicals. In 1995 she tried a comeback with a new album entitled “My Cherie.” It is a solid pop effort that sees the singer in good vocal form and stretching a bit in different musical directions with class and elegant productions by the likes of Narada Michael Walden, Ric Wake and David Foster. Foster here appears in two songs, both rarefied ballads. “You’ve Learned To Live Without Me,” written by hitmaker Diane Warren, is a bittersweet big ballad arranged by Foster with Jeremy Lubbock. Their trademark sounds are all on the up front here, dramatic strings, guitars and acoustic piano to underline the singer’s understated performance. Easton is even more impressive vocally on “Crazy Love.” This song, co-written by David Lasley with Allan Rich, Marsha Malamet and Robin Lerner is always produced and arranged by Foster with the help of Lubbock who does an incredible job on the stunning string arrangement. Easton, accompanied by Foster’s piano, gives a powerful yet restrained performance that’s one of the absolute highlights of the record. Other interesting moments on “My Cherie” are the infectious title track, one dance ditty, produced by Denny Diante, that’s really sweet and fun to listen to. There’s another song worth a mention on the album, “All I Ask Of You,” co-written by Chris Eaton with Pam Sheyne and produced by Chris Neil. It is a cute up-tempo ballad that will be covered a few years later by arranger/producer Ricky Peterson with Lalah Hathaway for his album, “Souvenir.” 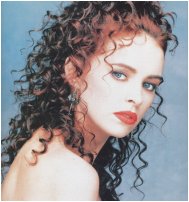