Herb Alpert’s name is quite familiar to all lovers of great music around the world. He was the co-founder of A&M Records with his partner Jerry Moss. Their successful label was home for Cat Stevens, The Carpenters, Peter Frampton, Burt Bacharach and Alpert’s own Tijuana Brass, which had an important string of hits in the sixties. Alpert also reached number one on the singles chart in 1968 with his rendition of Bacharach and Hal David’s “This Guy’s In Love With You.” In 1979 he hit number one again with the pop/dance instrumental “Rise.” Alpert’s best features were his very personal trumpet playing and confidential singing. In 1981 he returned with a new record entitled “Magic Man.” It was very close to the atmosphere of “Rise” with its blend of pop, r&b and dance instrumentals coupled with stellar playing from heavyweights like Steve Lukather, John Robinson, Abe Laboriel, Jeremy Lubbock and David Foster. Foster dominates one stunning rendition of the smooth and refined ballad, “I Get It From You,” that Alpert resurrected from Pages’ first album. Foster’s wonderful performance on the fender rhodes and synthesizers sets the right landscape for Alpert’s elegant vocals and trumpet playing. The creamy backup voices on the song’s refrain of its co-writers, Richard Page and Steve George, is the icing on the cake. Another song to keep an ear to is the title track, a light funk instrumental with a good drive. 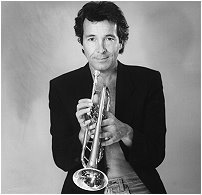