Pauli Carman was the lead singer of “Champaign,” a pop/soul group that enjoyed some short-lived success in the early eighties with the hit ballads “How ‘Bout Us” and “Try Again.” During those years, Champaign released three decent albums that included a few nice tunes. However, they lacked any serious personality and failed to bring the group to some steady level of success. This fact probably led to Carman’s decision to leave the band. In 1986 the singer debuted his solo album, “Dial My Number.” This record had all the same problems that his former band had; it wasn’t convincing and sounded rather anonymous.
A follow-up arrived in 1987 and was entitled “It’s Time.” Unfortunately, the story seemed to repeat itself with a mix of weak dance numbers and just a few pleasant ballads. The best track on the whole project, and one of the best songs of Carman’s entire career, was “We Never Called It Love.” This tune was co-written by David Foster with Mike Himelstein and Tom Keane. Arranged and produced by Keane, was evidence that the young producer had really learned Foster’s lesson well. The arrangement is 100% Foster with its polished sounds, the effective use of keyboards, and the perfect craft of the vocal performances. Carman was joined on “We Never Called It Love” by newcomer Karyn White, a very good singer that has made a solid career as a backing vocalist and subsequently reaching the top of the r&b charts with her debut album in 1988. After these two solo releases, Carman rejoined Champaign in 1991 for a reunion c.d. entitled “Champaign IV.” 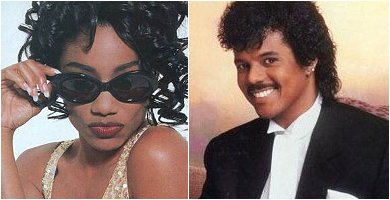