David Foster and Jay Graydon were red hot at the beginning of the eighties for their highly successful work with people like Earth, Wind & Fire, Boz Scaggs, Al Jarreau and the Tubes.Even their more obscure productions for Bill Champlin, Peter Allen and Steve Kipner were making a lot of buzz in the music community and gaining them a great reputation as the best up and coming music makers around. In 1981, they were still doing some session work. They were hired by Frank De Caro to collaborate on a couple of singles for Mel Carter. The veteran singer, well known for his song “Hold Me, Thrill Me, Kiss Me,” was looking for a comeback. De Caro recorded a few songs with Carter that followed in the quality pop footsteps that the Airplay duo was producing around those years. One single included a beautiful cover of the Kenny Loggins/Richard Page classic “Who’s Right, Who’s Wrong,” plus a Rupert Holmes composition entitled “I Don’t Wanna Get Over You.” Both songs were perfectly crafted by Foster and Graydon with Nick De Caro. The second release was “You Changed My Life Again,” a typical Foster/Graydon affair and one classy ballad. Marc Jordan wrote the sweet lyrics while his co-writers arranged the song with Nick De Caro. The song is a good vehicle for Carter who delivers a fine vocal performance. Foster’s keyboards and lush strings are the main elements of the song’s architecture while Graydon lets himself shine towards the end with an elegant guitar solo. 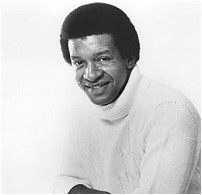