After the big success with the instrumental “Love Theme From St. Elmo’s Fire” and the “St. Elmo’s Fire” soundtrack, David Foster released his self-titled, second solo record in 1986. After many years spent in the studio working for big stars it was finally his time to be in the spotlight. “David Foster” is obviously one perfectly crafted, high tech album. Here the super-producer creates a number of original pop instrumentals all built on his intricate and personal keyboard playing. Foster basically play it all by himself with only some great guitar and sax playing by Mike Landau and Dave Boruff plus some drums overdubs by Tris Imboden and Carlos Vega. What is interesting, other than the beauty of the themes, is the non-conventional rhythms used by Foster on some of the songs like “Flight Of The Snowbirds” and the amazing “Tap Dance” with special guest Gregory Hines and the powerful Seawind Horns. There’s also a very good pop/rock instrumental entitled “Playing With Fire” that blends Foster’s techno synths with Lee Ritenour’s synthaxe guitar and the Chicago Horns. “All That My Heart Can Hold” is probably the best melody on the record, a sweet, melancholy tune that Foster beautifully performs with his piano. There are also a couple of vocal tracks on “David Foster.” One is a new recording of “The Best Of Me” that Foster first included on his debut cd in 1982. This version is a duet with Olivia Newton-John and it was a good Adult Contemporary hit, reaching # 6 on that chart. We picked the second vocal tune on the album as our song for this week. “Who’s Gonna Love You Tonight” is an up-tempo ballad well performed by Foster who delivers some good vocals with a great support by the extraordinary Richard Page of Mr. Mister and Pages fame on the backing vocals. It remains to be said that this album brought Foster a Grammy nod as “Best Pop Instrumental Performance” while giving Humberto Gatica one as “Best Engineered Recording, Non Classical.” 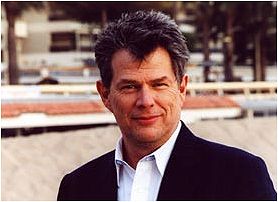 You walk in, the room stops moving
Every heart is yours for stealing
And every man has to have you
You must live for this feeling
This is heaven for you
Holding souls in your hand
Making love to every eye
That you draw in every man

The feel in the air gets tighter
The fire in your eyes gets brighter
Nobody better, making it look easy
You’re slowly driving these boys crazy
One, only one
Gets to hear you scream tonight
But you like this part the best
When they wait as you decide