David Foster, with the help of Cedric Dent and Mark Kibble’s silky voices, takes no prisoners with this gorgeous song that finds him back in that jazz -flavored r&b zone, a place where his music feels perfectly at home. Foster released “I’m Only Here For A While” as part of his “Love Lights The World” record, a solo project that he released in 1994 and that focuses mostly on his piano playing as well as showcasing some of his timeless instrumentals. The title track is the only song that sounds typically “top 40” . It is a typical Foster adult contemporary song with Celine Dion, Peabo Bryson and Color Me Badd guest vocals and was also the theme song for a show that brought Foster, always in 1994, to Japan where he performed live with an orchestra and many guests for a celebration of his work called “JT Superproducer”. The rest of the album is more rarefied with the spotlight on piano with occasional strings, keyboards and guitar overdubs. Even though there’s a gorgeous instrumental rendition of “The Colour Of My Love” that is simply stunning, “I’m Only Here For A While” steals the show here. It mixes Foster’s tasteful piano playing (and his moog bass) with Take 6’s deliciously smooth vocals in what truly is a match made in heaven. Sit back, relax and listen! 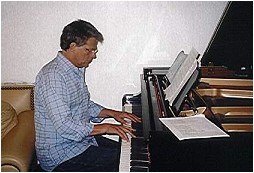