June Pointer is the youngest of the famous four sisters. During her career, she has released a couple of solo records and on the second one, released in 1989, simply entitled “June Pointer”, she chose to collaborate with people like r&b kings Narada Michael Walden and Kashif and on the pop side with stars like Burt Bacharach, Phil Ramone and David Foster.Foster brought her a song that is along the lines of the sounds and production of Chicago 18. It is an uptempo rocker with a very strong performance by the singer, the lead and rhythm guitar work of Mike Landau and very powerful and “Chicagoesque” horns (Arranged by Jerry hey and Foster). The song was written by the Canadian producer with the help of Tom Keane and Carole Bayer Sager (Also the album’s executive producer). One interesting note is that Foster not only plays all the keyboards and synths, but also appears on the backing vocals together with June and Ruth Pointer.

Other good moments of the record are the ballads, “Put Your Dreams Where Your Heart Is”, produced by Humberto Gatica and arranged by Keane, which is very David Foster sounding, and especially the great duet with Phil Perry entitled “Why Can’t We Be Together”, written and produced by Bacharach with Bayer Sager. 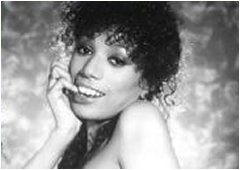