Donna Summer, the disco queen of the seventies, released in the next decade a string of records that while keeping her close to the dance rhythms widened her musical spectrum to pop and rock sounds. The results were quite good in the records she did with Michael Omartian but especially with her self titled album, released in 1982, produced by Quincy Jones with his usual star studded sessions.

This is the record of “Love Is In Control (Finger On The Trigger)” which was the hit single but there are other good songs like Richard Page’s “Mystery Of Love and Mike Sembello’s “(If It) Hurts Just A Little”. David Foster appears on two songs, one is entitled “Love Is Just A Breath Away” which he co-wrote with former Heatwave member Rod Temperton, the author of classics like “Thriller”, “Rock With You” and “Give Me The Night”. Foster arranged it with David Paich and it is a synths’ driven pop song with an infectious chorus. The second one and our choice for this week’s page is, “Livin’ In America”, an uptempo pop/soul number always co-written by Foster with Temperton but with Quincy Jones, Steve Lukather and Summer also sharing the writers’ credits.

Foster and Greg Phillinganes dominate the tune with their keyboards, synths and moog bass, joined by the Seawind Horns and a bunch of talented drummers. Donna Summer here and throughout the whole record gives some great vocal performances, truly a complete different affair from “Love To Love You Baby”. It remains to be said that among the other guests on the album we find Bruce Springsteen, James Ingram, Stevie Wonder and Kenny Loggins. 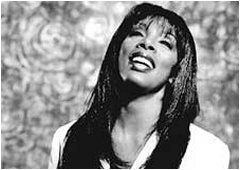