This is the platinum selling record that definitely established David Foster as a big name also in movie soundtracks. He already was writing and producing songs that were used in big movies like “Urban Cowboy” and “Ghostbusters” but from this moment on, he started writing whole movie scores and with this huge success, he found himself busy for the next few years writing the soundtracks to other hit movies like “The Secret Of My Success”, “Stealing Home” and “One Good Coop”.

There are big hits here too. “St. Elmo’s Fire (Man In Motion)” reached #1 and “Love Theme From St. Elmo’s Fire” gave Foster the first hit under his own name. After a lifetime spent working behind the glass, (e was finally in the spotlight, even appearing in a video for the song that reached Billboard’s top 20 and was nominated for several Grammys that year. We have picked the vocal version of this hit as our “song of the week”, cause it keeps the sweetness of the instrumental version and Foster’s great piano work but it also adds very good vocal performances by Amy Holland (Mike McDonald’s wife) and Donny Gerrard (Skylark’s original singer).

Other very good songs on the album are Vikki Moss’ “If I Turn You Away” and Jon Anderson’s (the lead singer of Yes) “This Time It Was Really Right” (very “Chicago” sounding) and there are a couple of “harder” moments sung by Billy Squier and Fee Waybill that show Foster’s rocking side too. 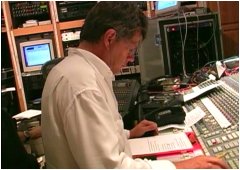 We’ve laughed until we had to cry
And we loved right down to our last goodbye.