From EV3
Written by Dianne Warren

You may like her music or not but Dianne Warren sure is second to none when it comes to write a hit song. Warren has been on top of the charts many times and especially when her songs were arranged and produced by David Foster. They have teamed up for #1 hits like “Unbreak My Heart” for Toni Braxton, “Have You Ever” for Brandy and “Because You Loved Me” for Celine Dion. Warren’s perfect pop melodies and Foster’s inventive and exciting arrangements and production helped shaping the Top 40/A.C. style in the nineties almost the same way as Foster did with his work for Chicago, Kenny Loggins and Kenny Rogers in the eighties.

These two hit-makers have also worked, in 1997, with En Vogue, the successful, female, r&b group and the result of this collaboration is our song of the week, “Too Gone, Too Long”. It is a soul ballad with some funky overtones, its backing track almost completely played by Foster on synthesizers with just some guitar licks courtesy of Michael Thompson and Dean Parks and some jazzy piano touches always played by “Da Man”. Terry Ellis, Maxine Jones and Cindy Herron give their best with Foster in the control booth, carrying the song flawlessly in a vocal crescendo to its effective climax right before the end. This song has been a top 40 hit reaching # 33 on Billboard’s Hot 100 and it also went high on the r&b charts. There are another couple of songs that Foster and Warren co-wrote in recent years and that, even without being hits, deserve some close attention, one is entitled “After Tonight” and it’s a great ballad they did with Mariah Carey, the other is “I Hear Your Voice” and they wrote it with Lionel Richie. We suggest you to look for them and enjoy. 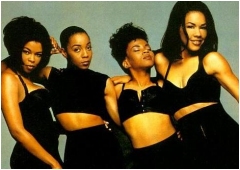