From BEST OF ME
Written by David Foster, Jeremy Lubbock & Richard Marx

David Foster wrote many songs in the early eighties that became big hits for famous singers and, in 1983, he released a solo collection that included his take on some of his own classics like “Mornin’”, “Whatever We Imagine” and “Love, Look What You’ve Done To Me” and future hits like “Chaka” that will become a hit for, guess who?? Chaka Khan herself and also our song of the week, “The Best Of Me”. This sweet ballad has been covered many times by people like Barry Manilow, Cliff Richards (who had a hit with his cover in the UK), Kenny Rogers and Phil Perry. David Foster himself covered it again, in 1986, as a duet with Olivia Newton John that reached Billboard’s Hot 100. Here we can listen to the first version of the song, from that 1983 first solo album. Foster here was supported by co-writers Jeremy Lubbock on the fender rhodes and Richard Marx on backing vocals while the rest of the backing track was played by Foster with his piano and synths and he also handled the lead vocals quite well.

There’s another song on the cd that wasn’t a hit and has only been covered once by Glenn Jones, in 1986, in a very forgettable way (clearly lacking the Foster touch). The title of the song is “Heart Strings” and it is a personal favorite of ours, it was written by Foster with Burt Bacharach and we can’t help but think it had “hit” written all over it. If you love some “vintage” Foster and also to listen to the way Foster envisioned his songs before they were hits, check out this brilliant solo work. 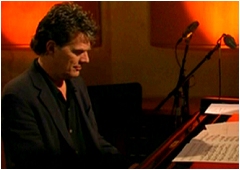 CHORUS:
You were my one more chance
I never thought I’d find
You were the one romance
I’ve always known in my mind
No one will ever touch me more
And I only hope that in return
I might have saved the best of me
For you