We need to say it: this is the David Foster we love the most. Sure we do enjoy all his works and hits with many different music styles, but when it comes to a classy pop tune like “Jojo”, David Foster takes no prisoners. In 1980 Boz Scaggs released “Middle Man”, the follow up to his mega seller “Silk Degrees”, and as David Paich was the brain behind the “Silk Degrees” project, this time it was David Foster’s turn and sure it was another great choice. Foster is all over this record, he co-wrote and arranged songs like “Simone” and the gorgeous ballad “You Can Have Me Anytime” with Carlos Santana playing the effective solo. There are two hit songs out of this album and both have Foster’s stamp on them, one is the rocker “Breakdown Dead Ahead” and the other is our song of the week, the uptempo “Jojo”. Listen to Foster’s piano and synths, the great sax solos courtesy of Adrian Tapia, Ray Parker and Steve Lukather dueling with their rhythm guitars, the carpet of strings and the horns’ breaks. On top of it all Boz Scaggs performing one of his classiest vocals ever with the vocal help, among others, of co-writer David Lasley, a gifted singer/songwriter in his own right (Anita Baker’s You Bring Me Joy is one of his many gems). Foster and Scaggs teamed up again in 1981 co-writing the hit single “Love, Look What You’ve Done To Me” for the movie Urban Cowboy (David Foster consider that one the best song he has ever written), and also co-writing one ballad – “The Perfect One” – for the 1983 movie “Two Of A Kind”. In 2001 Scaggs has returned with an incredible cd entitled “Dig”, look for it cause it’s filled with great music; while this year he has just released “But Beautiful”, a collection of jazz standards that he delivers with his unmistakable style. 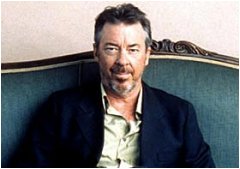 Look out behind you
Jojo’s got his gun
He wouldn’t mean to do but
Ya know he likes his fun
Jojo dig those spinning lights
Way out games and dizzy heights below him
Jojo dig those Broadway nights
Flashy lines, you know him

He’s got you covered
You’ll know it right out front
Hey fifty dollars
He’ll get you all you want
Jojo dig those spinning lights
Way out games and dizzy heights below him
And it’s all below him
Jojo dig those Broadway nights
Flashy lines, you know him

Ever so rarely that man in a million’s born
Gentle and soft, but who’d just as soon off you
For looking the wrong way as not
Jojo, go Jo

His baby stays high
Got to keep her sweet
He keeps her just right
Keeps her on the street
Jojo dig those spinning lights
Way out games and dizzy heights below him
Jojo dig those Broadway nights
Oh, you know him

Jojo digs those spinning lights
Way out games and dizzy heights below him
Jojo dig those Broadway nights
Flashy lines, you’ll know him