From I’M YOUR GIRLFRIEND
Written by Andrew Kastner & Jim Lang

In 1978 David Foster produced the debut solo single of Dara Sedaka entitled “My Guy”, and in 1980 she also had a top 20 hit single singing with her father Neil the tune “Should’ve Never Let You Go”. In 1982 David Foster and Dara went back in the studio together as he produced her debut album for Japanese label Sound Design (the same label that released his first solo CD as well as Marc Jordan’s “Hole In The Wall) and the result is extremely pleasant.

Dara has a cute voice, not powerful but good enough to handle some nice pop songs that Foster arranged and produced with his typical style. There are some interesting pop numbers like the opening “Huggin’” cowritten by Foster with Dara, the title track and the Bryan Adams/Jim Vallance original “Try To See It My Way”, but the high moments of this album are the ballads like the haunting “Someday”, the Neil & Dara cowritten number “Goodbye” and especially our song of the week: “Just Say I Love You”.

On these three songs you can really hear Foster all over the place, the playing, his piano always leads the dance, also the strings and horns arrangements are enchanting with the incredible Jerry Hey horns adding their flavor to the mix. Another winning point on “Just Say I Love You” are the Pages on the backing vocals and Gary Herbig playing the sweet sax solo. “I’m Your Girlfriend” wasn’t a hit, it really remained a well kept secret, especially compared to Foster’s hits of those years, but sure there’s some good music in it, songs that Foster’s fans really can love and enjoy, so even though this is a very hard to find release, check it out! 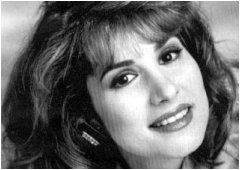 You say you’re only waiting till the moment’s right
But he’s crazy in love, it’s in his eyes
It’s such a simple thing
Here’s all you have to do